Home
Telegram vs WhatsApp
WhatsApp vs Telegram: Which messaging app should you use? which is safer?

If you use WhatsApp, you may have received a pop-up message on 4 January asking you to accept their new terms and conditions, which involves sharing more of your data with Facebook.

WhatsApp is the most engaged top social messaging application owned by the giant Facebook corporation. It was one of the biggest gulps of acquisition at the time when Facebook brought WhatsApp. It is a known fact that the majority of the smartphone users are users of WhatsApp messenger. If there is a competent for WhatsApp, in all probability it might be the Telegram.

Brief History Of Whatsapp And Telegram

WhatsApp was incorporated in 2009 by Brian Acton and Jan Koum, both former employees of Yahoo!. After Koum and Acton left Yahoo! in September 2007, the duo travelled to South America as a break from work. At one point they applied for jobs at Facebook but were rejected.

The telegram was launched in 2013 by brothers Nikolai and Pavel Durov, who previously founded the Russian social network VK, but had to leave the company after it was taken over by Mail.ru Group.

What’s up with WhatsApp?

WhatsApp has everything you would need on a social messaging service including the new in-app payments feature. Group chats work with up to 256 members. You can broadcast messages to multiple contacts, support voice and video calls, both for individuals and groups.

Is Whatsapp Really Sharing Your Data?

Since 2016, everyone using WhatsApp has been sharing information with Facebook.

According to the New York Times, the social network knows which phone numbers you use, how often you use the app, screen device resolution, real-time location, and more.

Facebook uses this metadata to ensure that WhatsApp runs smoothly and to facilitate business-led transactions.

Either way, that hasn’t stopped millions of users from turning to rival apps in response to their new terms and conditions.

Telegram offers support to groups with up to 200,000 members. Known for its large and massive groups, Telegram offers multiple group-specific features such as bots, polls, quizzes and hashtags, extensive for large group experiences.

Telegram doesn’t sell your data to advertisers and states on its FAQ page that it will safeguard your Internet privacy by “protecting your personal data from third parties, such as marketers, advertisers, etc.”

WhatsApp may have end-to-end encryption, but it still integrates your metadata with advertisers in ways that Telegram is designed not to.

How is Telegram better than Whatsapp

Telegram provides unlimited storage. This means all your text messages, images media files & documents will be saved on their cloud. You can log out and log in any number of times from any number of devices simultaneously without losing any data, you don’t need to worry about backup & restore.

As of today, we can upload a single file of max size up to 2GB. There is no cap on the total number of files that can be uploaded.

Users can choose whether to compress the image and video or send the uncompressed version.

For example, you can send a raw jpeg image either it as raw or compressed. If you want to preserve the quality as such then choose the option send it without compression.

As of today, a telegram group can afford a maximum of 200,000 members. For WhatsApp 256 is the maximum member capacity in a group.

You can communicate with anyone on telegram even if you don’t have the contact number of others. This ensures the privacy of the user’s contact number. You can continue to send messages in a group without revealing your phone number. I read somewhere that WhatsApp is now(2021 Jan) planning to bring that feature soon.

A channel is somewhat similar to groups, which can accommodate an unlimited number of members. The creator of the channel can decide who can post and other members can view the posts.

It is a piece of program which is based on AI and machine learning at a small level. It can perform various tasks. For example, an image bot can fetch images from the name.
There are multiple types of bots. Popular bots are Image bot, sticker bot, gif bot.

The latest version of telegram supports both voice & video calls which was missing for a long time compared to WhatsApp. The user experience of this feature in both platforms is almost the same. There is no significant difference.

Which is best for you?

The fact that WhatsApp already has a solid foundation and a userbase in the billions gives it the upper hand advantage. Users are already comfortable with the ecosystem and it offers top-notch security for its chats.

What works against WhatsApp is its parent company’s attitude towards privacy and user data and not giving its users the option to not share its data on other platforms. The only reason you should stick with WhatsApp is if you don’t want the inconvenience of asking your contacts to switch to other messaging apps and enjoy the stability that WhatsApp offers.

Telegram isn’t as secure as its competitors in this lineup but offers a host of other features that WhatsApp and Signal don’t. If you aren’t that concerned about your security and want to target a larger audience then Telegram is the app for you. 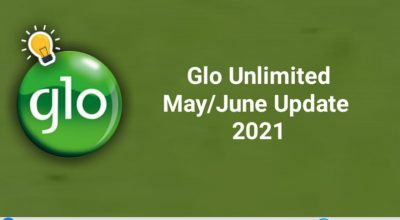 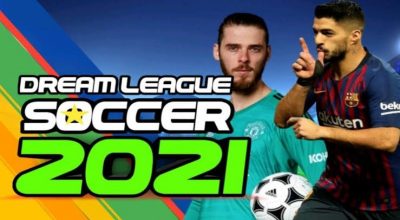